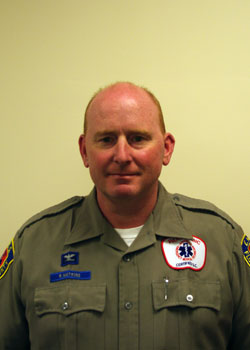 Ryon Watkins became involved in emergency medical services in 1985 as a junior member of the volunteer rescue squad in his hometown of Bishopville, SC. He earned emergency medical technician certification and began working at Florence County EMS in 1987. He earned paramedic certification from Pee Dee Regional EMS, Inc. in 1989, graduated from the South Carolina Criminal Justice Academy in 1994, and earned a bachelor’s degree from Francis Marion University in 1998. Ryon has diverse experience in emergency services. In addition to his experience as an EMT and field paramedic, he has worked in critical care transport, EMS education, EMS administration, and law enforcement. He was named Operations Manager / Assistant Director at Florence County EMS in 2006 and has been the service’s Director since 2007. 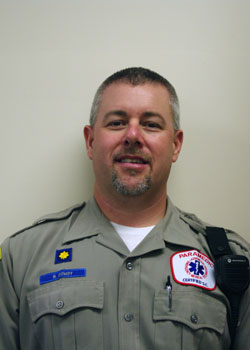 Barrott Dowdy is the Operations Manager at Florence County EMS. His employment at FCEMS began in 1995 as an emergency medical technician and he earned paramedic certification in 2001. Major Dowdy worked his way through the Department’s ranks as a Crew Chief (2001), Senior Crew Chief (2007), and Shift Supervisor (2009). He was promoted to Operations Manager in early 2014. He has resided in Florence County his entire life, and has offered dedicated service to Florence County since 1991, when his interest for emergency care first began. He worked with a local rescue squad, and his hobby turned into a career. His career at Florence County began in 1995, and he plans to retire from the agency. He resides in Pamplico with his wife Cary, and their two sons. 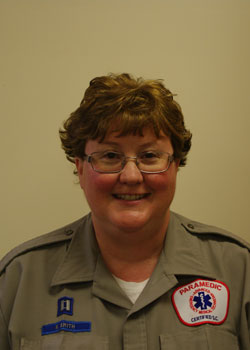 Captain Kate Smith has been in EMS for 19 years. With her military background as a medic, it seemed natural to make the transition into the civilian realm. Starting as an EMT-Basic in 1995, she wanted more for her education and ability to help others. Capt. Smith completed her paramedic certification in 1997 and spent several years working in the field. In 2004 she made the transition to full-time educator at Pee Dee Regional EMS, teaching at the advanced levels and was able to complete her Associate in Health Science degree. In 2009 the opportunity to return to a service presented itself with Florence County EMS. It was an easy decision. Now, as the Professional Standards and Training Officer, Capt. Smith is committed to continuing to help make Florence County EMS a progressive service that sets a standard in pre-hospital care. 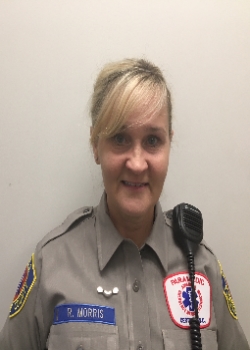 Rhonda Morris is a Shift Supervisor at Florence County EMS currently assigned to C-Shift. Her career in EMS began in 1996 as an EMT with a local private ambulance company. She became affiliated with Florence County Emergency Medical Services in 1997. She earned her paramedic certification in 2001. Major Morris worked her way through the ranks at FCEMS as a Crew Chief, Senior Crew Chief, and Shift Supervisor (2017). Major Morris is a native of Hemingway, SC. She moved to Florence County in 1990. She resides in Florence with her two children. 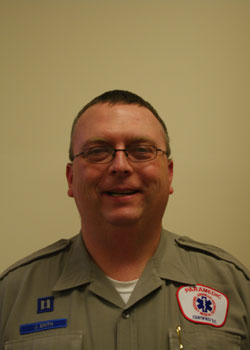 Jason E. Smith began his career in emergency services in 1987 volunteering with West Florence Fire Department and Timmonsville Rescue Squad. Florence County EMS hired Jason in 1995 as a part -time EMT. He completed his paramedic training in 1997. In 1999 he was promoted to rank of Sergeant / Crew Chief. He was promoted to the rank of Lieutenant / Senior Crew Chief in 2006. In 2009 Jason was promoted to his current position of Captain / Shift Supervisor and is currently assigned to our “B” Shift. Jason attended classes at the National Fire Academy including “Management of EMS” (MEMS) and “Advanced Leadership Issues in EMS” (ALEMS). He became affiliated with a local critical care transport team in 2007 and continues to work part-time in that capacity. 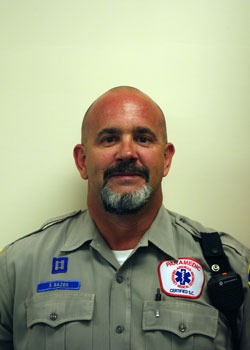 Shawn Bazen began working at Florence County Emergency Medical Services in 1991 as a part-time emergency medical technician. He earned his paramedic certification in 1996. He has served in several different leadership roles in his 20 + year career at FCEMS including Crew Chief, Field Training Officer and Senior Crew Chief. Captain Bazen was promoted to Shift Supervisor in 2013 and is currently assigned to our “D” Shift. 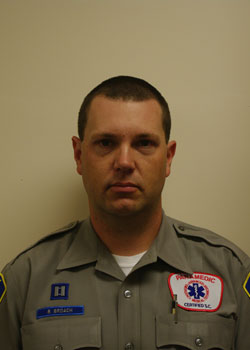 Brantley Broach began his career in emergency services in 2000 as a firefighter with the City of Florence Fire Department. While working as a firefighter, he earned his EMT and paramedic certifications. He began working at Florence County Emergency Medical Services in 2003. He was promoted to Crew Chief / Sergeant in 2005 and Senior Crew Chief / Lieutenant in 2012. In 2014, Brantley was promoted to Shift Supervisor / Captain. He is currently assigned to our “A” Shift. 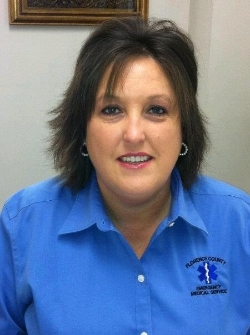 Tammy Amerson, Administrative Assistant / Office Manager, came to Florence County EMS in March 2006. She coordinates the administrative functions of the office including payroll, accounts payable, procurement and applicant correspondence. Tammy also coordinates the ride along program for students, community groups and other emergency service agencies and provides general administrative support for the Department. 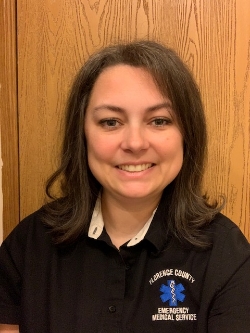 Crystal Antwine, Administrative Assistant/Clerk, came to Florence County EMS in January 2020. She is in charge of purchasing medical supplies and keeping the supply room stocked. She is also, over the purchasing of new employee and our yearly uniform orders. Along with these tasks Crystal helps Tammy with all other office functions. Crystal resides in Coward, SC with her husband, Chris and their three children. 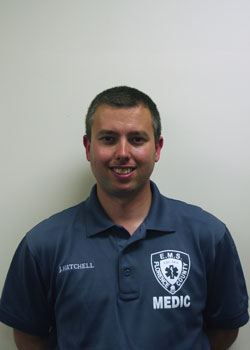